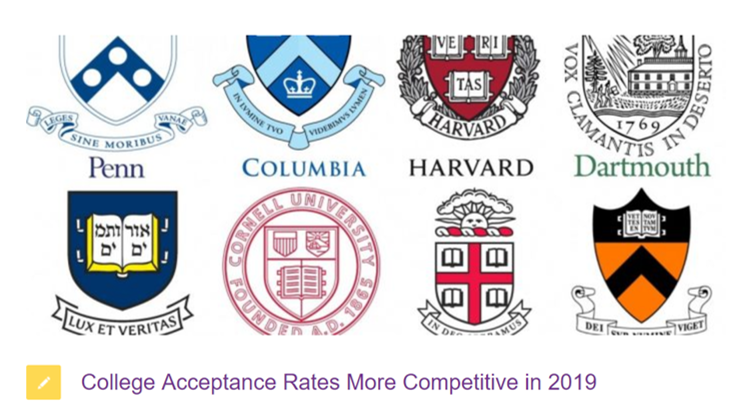 Getting into college is a little like giving birth. You know it can be difficult, but you really want to believe it’s easy because–look around!– so many people have already done it.

Birth is not easy, as all mothers know.  And neither is college admission, in fact some college acceptance rates are becoming more competitive. But don’t confuse competitiveness with quality, says John Boshoven, Counseling Dept. Co-Chair & College Counseling Coordinator for Ann Arbor Public Schools.

“The Ivy League’s selectivity has become confused with its quality. Many excellent schools outside the Ivy League are comparable to those inside the Ivy League.  To determine the quality of a college, look at its quality of instruction, classroom interaction, diversity, retention/graduation rates, graduate school admission rates, and student happiness,” says Boshoven. Experts from the Common Application agree.

The Wall Street Journal reported on March 29, 2019: “Ivy League and other top colleges reported record-low acceptance rates for next fall’s class, reinforcing the increasing difficulty in getting into certain schools.”

It is good to know HOW difficult at this time of year, as colleges roll out their acceptance letters.

According to the Wall Street Journal, here are the Ivy League acceptance rates:

* Wall Street Journal reporter Melissa Korn explained to me in an email that her source for these 2019 acceptance rates was press releases from individual colleges.

And the trend is not simply for the Ivy League schools.  For example, here are the statistics for New York University: 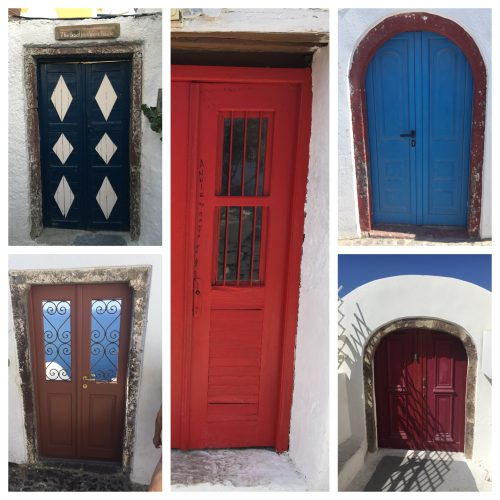 According to the WSJ, the shrinking acceptance rate may have contributed to the recent college admissions scandal.  In that scandal, 50 people were charged in a scheme to get students into select colleges using bribery and by falsifying test scores.

The scandal is also an opportunity to opine on the college application process in general. Bloggers have the opportunity to discuss good parenting and whether a meritocracy exists.

Among dozens of stories on Medium, my March 30, 2019 EssayCoaching.com blog focuses on three points honest parents and students can learn from the scandal. 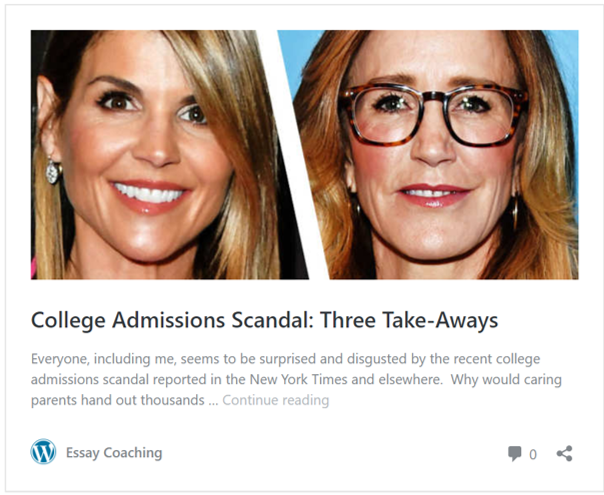 Like any scandal, jokes are emerging, like this humorous tweet from Christine Teagan, who, with friends Mike Rosental and Jena Atkin and husband John Legend, photoshopped their heads on athlete’s bodies: 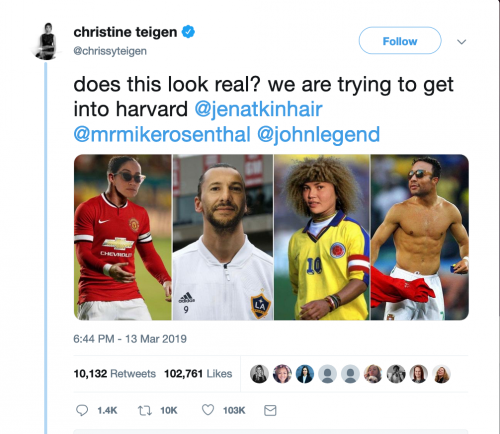 What to do? Focus on the Positive

Focus on the schools you were admitted to. Then, it is time to decide:  “How do I know if a college is right for me?” 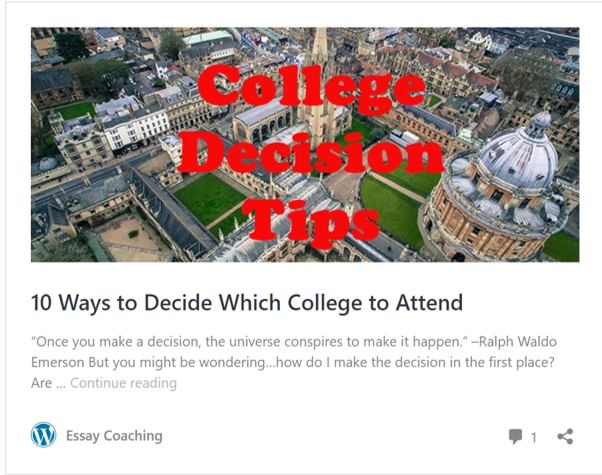 Enjoy making the decision to continue your life’s journey as a college student.  Are you ready to start packing?