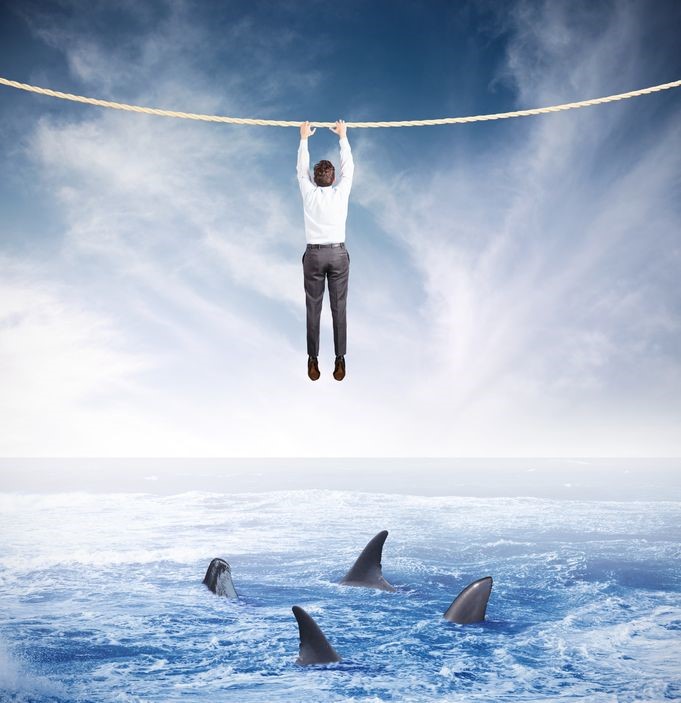 Whether at Work or in Life, strong leaders tend to seize the moment and make quick decisions. But there is a danger that a leader may be in such a rush to move ahead, that s/he fails to employ important data and discussion.  Without forethought, a leader may be caught being too impulsive and in a precarious financial or safety situation.

Impulsiveness has been defined by www.Impulsivity.org as “behavior without adequate thought; the tendency to act with less forethought than do most individuals of equal ability and knowledge.”  The impulsive leader may not think about the negative consequences that could follow rash decisions or actions.

Here are some examples:

These adults show the rash, non-thinking aspects of impulsiveness. At work, they may court communication and financial problems.  In addition to impulsive decision-making, they may demonstrate poor time management and difficulty following directions. Away from work, they may speed or text while driving and have difficulty engaging quietly in leisure activities.

Impulsiveness (a.k.a. Impulsivity) is Linked to Needing Immediate Gratification

When a leader is impulsive, s/he acts in accordance with short-term or immediate rewards and lack awareness (or ignore it) of negative, long-term consequences. Thus, during team meetings, interrupting others and blurting out ideas, undermines the desire for long-term career success.

Impulsivity is dysfunction when it’s a frequent occurrence, leading to continual suffering from more negative consequences.  Superiors at work and/or family and friends can be affected badly and in comparison, to most people of the same age and skill, this behavior can have a bad effect on career and relationships.

Several researchers have discussed impulsivity in terms of three components. These include:

One may ask, “Doesn’t everyone act impulsively sometime?”

The answer is “Yes”!  Most people act impulsively sometimes, but it is not considered their lifestyle or a personality trait. Being spontaneous happens occasionally and when it occurs it results in either a positive consequence or, if a negative consequence, usually a small one.

For example, you’re leaving work, someone says, there’s a great movie in town, and you decide to go on the spur of the moment. In such instances, you aren’t in danger of ignoring serious safety, health, legal, or social guidelines when you make a hasty decision.  Though you may neglect dinner or getting to sleep on time, it’s a relatively small negative consequence.

The frequency and severity of impulsivity may go from minimal to disastrous or dangerous.  On the low end of the impulsivity continuum, some examples include:

These actions may happen only once in while and do not result in negative, long-term consequences.  Compare the above to examples that are on the dysfunctional end of the continuum:

Perhaps you know that you have impulsive tendencies, but you fluff off the idea of overuse or abuse and say, “It doesn’t matter.” or “What difference does it make?”  It makes a big difference over time!  Use the questionnaire (below) to get a handle on where you stand?

What is My Impulsivity Pattern?

Take a self-check, identify conditions under which you are most prone to act impulsively (e.g., fatigued, time pressured, with certain people), and identify when and how to curb your impulsivity.

___ 2. I have difficulty taking turns or standing in line.

___ 3. I have problems sitting and engaging in quiet tasks.

___ 4. People say I interrupt conversations or engage in nonstop talking

___ 5. I weave in and out of traffic, hastily pulling out without checking. Sometimes I have road rage.

___ 9. Too frequently, I overspend when I see something I love.

__ 10. I know I should, but I don’t wear a helmet when biking, skiing or playing sports.

The Stop, Look, and Listen Strategy to Manage Inappropriate Impulsivity

The Stop, Look, and Listen technique involves several modalities and steps. Use this handy technique when you feel tired, ill, or stressed—also when you’re preoccupied about a work/life circumstance. You are more vulnerable to impulsiveness under these conditions.

If you are a very impulsive person, you may need to practice this with a friend or therapist.  Knowing what to do is very different from doing it in the moment.

Impulsivity in the workplace can be a serious problem since it hampers productivity. Use the above strategy to improve your skill at “putting on the brakes,” and you’ll probably find work and life hold greater, longer-term rewards – ones you truly want more than the “quick-fix,” as a result.