The presence of ADHD is revealed by the statements of some leaders or emerging leaders. For example, they may say,

“I have the vision and big picture, but I’m terrible at the implementation.”

“I drift off when others are speaking or during meetings.”

“I have difficulty wrapping up projects and being on time.”

“My memory is an enemy. I think I’ll remember tasks and meetings, but, too often I don’t.”

October is National ADHD Awareness Month and even subtle symptoms of ADHD can present barriers to the performance of an executive or team leader. Surveys indicate that adults with ADHD face challenges in the workplace, as well as at home and in relationships.  Only a small number of employed adults with ADHD are treated for this condition, although evidence shows that medication, therapy, coaching and other supportive resources help those with ADHD to be more productive and satisfied with their work/life.

Everyone has distracted moments—both amusing and less so—but when a person has a disability such as ADD or ADHD, things take a more serious turn. The feelings attached to ADD include confusion, frustration, and sadness when you can’t move from intention to action. At home or work, your relationships might suffer due to disorganization and inconsistent behavior. In fact, your job might be jeopardized because your work is late, incomplete, or inaccurate. If you lack awareness that your behaviors are symptoms of a hidden disability, it is difficult to remedy the situation.

Let’s look at some facts about ADD and ADHD: people have long observed a cluster of symptoms that occur in a person of average or above average intelligence who seems unable to function in a competent, masterful way.

AD/HD is a neurobiological disorder.  Three major characteristics are inattention, impulsivity, and hyperactivity. A person may have all or some combination of these traits.

Some common symptoms of AD/HD include: 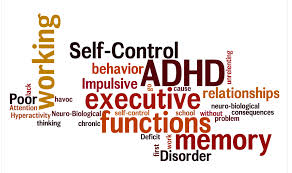 While some of these symptoms may sound common, a person with AD/HD has a variety of symptoms that are excessive, long-term, and pervasive. These symptoms create significant barriers to performance and satisfaction in several areas life. ADHD is a complex condition and individuals may differ significantly in the number, combination, and severity of the symptoms.

New evidence points to AD/HD as impairment of self-regulation and executive functioning. These two, complex functions enable a person to see a task through from beginning to end by coordinating multiple processes, starting and stopping mental operations, and maintaining motivation and persistence.  It is these symptoms that present significant barriers to those in leadership positions. 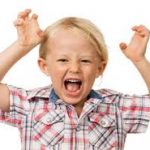 After being diagnosed with AD/HD as children, some people claim that they have “gotten over it.”  However, these people are especially vulnerable as their life becomes more complicated and the insidious effects of inconsistent attention take their toll. Also vulnerable are gifted but “spacey/flakey” people, who chalk up numerous ADD symptoms as “quirks.” Their lives also begin to disintegrate when their old methods of compensating are no longer effective.

There is both surprise and relief when an otherwise competent person discovers that there’s a scientific basis for the nagging and disabling problems that surround them and hold them back. In the ground-breaking book about adults with ADD, Dr. Edward Hallowell describes his feelings when he was 31 years old, completing his training in child psychiatry at the Massachusetts Mental Health Center in Boston. During a lecture describing ADD, he had an “Aha!” experience: “So there’s a name for what I am! I thought to myself with relief and mounting excitement. There’s a term for it, a diagnosis, an actual condition, when all along I’d thought I was just slightly daft.” He and co-author John Ratey opened the door to understanding adult ADD.

Roger, an emerging leader at a tech support corporation, suspected—and others had suggested— that he had ADHD. He denied and shirted the issue, in spite of long-standing problems with disorganization, procrastination, time management, and inaccurate listening skills. Although he was creative and intelligent, he worried that if he had an evaluation, others would think he wasn’t leadership material. As concern about dwindling performance increased, his worry about others’ perception decreased and he had a neuropsychological evaluation. With a diagnosis of mild to moderate ADHD, he felt armed with information about his strengths. Coupled with this awareness, strategies to manage his vulnerabilities and supportive coaching, he improved his performance. He decided it was unnecessary to share this information at work since he didn’t need any workplace accommodations.

Like Roger, if you have questions and concerns about ADHD, there are numerous resources to increase awareness. Here are a few:

It is National ADHD Awareness Month, so reach out if you or someone you know displays symptoms of ADHD.  A first step is to request a screening by a physician or psychologist. This can indicate the frequency and intensity of your symptoms and the usefulness of further testing.