Why Data-Based Problem Solving Is a Critical Leadership Strategy 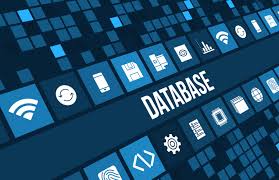 Using Data is a Powerful Strategy

The challenge to productivity: today many leaders are dealing with multifaceted technological and economic changes that create new and complicated problems—problems that all require analytical and critical-thinking skills. Too often, solutions are formulated without systematically reviewing information on performance and productivity, and too many leaders rely on informal, intuitive, and non-data-based procedures. The result? Leaders and their teams waste time, energy, and resources to second-guess the causes and solutions for problems.

That’s why keeping a focus on the data is a critical leadership strategy for preventing and solving problems. The multiple benefits include greater productivity, more time for creative input, and substantial long-term improvement.

Some may say that intuition, rather than data, is the primary ingredient in most decision making, especially in the early stages of a business’s development. And vision and passion are necessary to new ventures, of course, but so is the bottom line.

Taking a systematic approach to collecting, analyzing, and utilizing information about performance and productivity does not exclude intuition, experience, or judgment. What it does require is commitment to a step-by-step approach, as well as undisturbed time for those in leadership positions to define and prioritize problems, ponder options, and propose solutions that use data—rather than impressions—while integrating creative thought.

The Evolution of Data-Based Solutions

This systematic approach to problem solving is not a new idea. There are decades of research and development on using such an approach in industry. An early pioneer was Frederick Taylor, an American industrial engineer, who is called the father of “scientific management.” He described a method of process improvement that he labeled Plan-Do-See. He felt that workers should not be hired to think, but to perform a small number of mechanical tasks that were to be inspected after production. This was well suited to the new assembly-line processes developed by Henry Ford early in the century. At this stage the employee was excluded from involvement and problem solving.

Walter A. Shewhart, a statistician who began his career at Western Electric’s Hawthorne Plant in Chicago and moved to Bell Laboratories in New Jersey, was another early pioneer. Researching ways to produce the highest-quality telephones, he developed a method to improve work performance and product output by measuring the final product against acceptable limits of variation. His Plan-Do-Study-Act (PDSA) cycle focused on revising specifications before production, resulting in continual quality improvements.

It is interesting to observe how the movement eventually progressed from excluding the employee to incorporating employees and management in the process—not only to solve problems, but also to prevent them and ensure quality. Industrial engineer William Edwards Deming, another respected pioneer, popularized Shewhart’s PDSA cycle. However, Deming involved the workers in reviewing performance and productivity, with the goal of preventing problems. He believed workers could keep control of their own charts, monitor their own work processes, and thus improve quality and avoid costly mistakes.

Deming, who worked with Shewhart at Hawthorne and then at Bell Laboratories in the late 1920s and ’30s, later received a doctorate in physics from Yale. In the late 1940s, he and others began to employ these techniques in the Japanese automobile industry.

At the same time, Joseph M. Juran worked in Japan and focused on the managerial aspects of improving quality. During the 1970s, the view arose that quality need not increase the cost of production.

During the following decades, researchers and leaders in business and industry explored and successfully applied the concepts of statistical process analysis, control, and quality, with the total quality management (TQM) movement growing out of this work. Currently, most businesses incorporate some of the practices and principles of total quality management with a focus on employee involvement.

Pitfalls and Potential of Solving Problems with Data 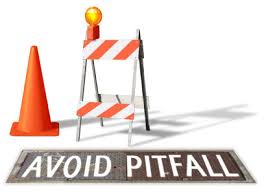 settings, today leaders in all fields and at all levels need to consider the benefits of this approach. For example, data-based problem solving allows for more effective use of intellect and experience, greater access to existing resources, and fewer re-occurrences of problems, as well as less uncertainty and stress.

Of course, there are some pitfalls to avoid, including the following:

By collecting and using performance and productivity data to analyze the causes of problems and develop solutions, leaders can enhance their problem-solving skills. You don’t need to be a statistician, but you do need to focus on the collection of objective and relevant information.

The leader who is putting out fires may lack the quiet time to analyze important facts and figures; and if there are many fires, a data-based approach can help identify the root causes of the problems. It is definitely worth the effort to schedule the “think time” needed to incorporate data into the problem-solving process and amp up the productivity of you and your team.