Gifted with a Glitch: The Twice Exceptional Leader 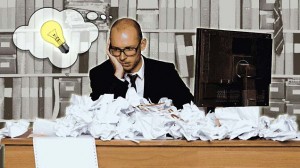 William was one of those kids who breezed through most of public school with his great brain. He had a few academic close calls as a college undergrad, but he always pulled it off in the end. He completed his MBA at the top of his class at an extremely competitive university. Sure, there were a few too many all nighters—and more than one plea to a professor for an extension on a late assignment—but his scores were so high and his in-class discourse so articulate that he graduated with glowing recommendations to a very promising, entry-level job.

His position included a wide variety of responsibilities, deadlines set in stone, and high expectations for him to develop into a corporate leader. As he tried to cover all his bases, his past habits didn’t seem to work the way they used to. He was always feeling rushed and overwhelmed, and began experiencing attention slippages like lost keys, missed appointments and overdue monthly statements. In spite of these difficulties, his keen analytical mind, eloquence, and charm helped him rise through the ranks of the firm.

As time went on, his work/life responsibilities increased. Married with two children and required to travel to meetings and conferences, he didn’t have the time or energy to fix his mistakes and mishaps. Although respected as an “idea generator,” he often failed to complete the administrative aspects of his job. He procrastinated and then had to spend long hours at night trying to bring his technical reports up the level everyone “knew he was capable of.” His image became increasingly tarnished due to inattention, disorganization, and mood swings related to stress and fatigue.

The results? Those at the top have lost patience with all of William’s “slippages;” his peers assume that he must be arrogant, lazy or apathetic; and his subordinates can’t get what they need from him to get their jobs done. As his work/life unravels at a faster and faster pace, William becomes even more stressed out. Now it’s time for the yearly corporate 360° Performance Evaluations: will he ever get promoted? Does the company still believe in developing his leadership potential? In an era of downsizing and doing more with less, can William even keep his position?

What is William’s problem anyway? He is a paradox to those with whom he works or lives. On one hand, he has great intellectual gifts in that he is creative and analytical. He can solve complicated problems in a flash. On the other hand, his performance is inconsistent; he avoids tasks that demand sustained mental effort unless they are in his areas of strength, makes careless mistakes (especially when rushed), and misses deadlines. These are classic symptoms of adults with Attention Deficit Disorder (ADD).

In the past, ADD referred to a cluster of symptoms involving short attention span, distractibility, disorganization and time management problems. If impulsivity was involved, the term Attention Deficit Hyperactivity Disorder (ADHD) applied. These conditions are considered disabilities when they are long-standing, pervasive and chronic, and interfere with productivity and potential at work, at home, and in social relationships. The most recent research on ADD associates the condition with problems in executive functioning skills. Such skills include planning, organizing, managing time, paying attention to and remembering details, and organizing space.

William is gifted with a glitch: he is extremely intelligent but also evidences a pattern of chronic difficulties in successfully executing his work/life responsibilities. He has recently been diagnosed as having Adult ADD; in dealing with this dichotomy, he can be said to be twice exceptional. Surprisingly, there are many bright, well-trained professionals like William whose work performance is under par and unexplained. Although ADD/ADHD is recognized in children and adolescents, it is often missed or ignored in the adult population. It is estimated that 5% of the adult population has ADD/ADHD and the majority of this group is undiagnosed and untreated.

In William’s case, his high intelligence, charm, creativity and motivation compensated for his vulnerabilities—until the bar was so high and complex that he just couldn’t perform as he or others felt was possible. Without understanding the situation, both William (and his family) and his firm lose. Many leaders and professionals like him end up leaving or losing their jobs and therefore never realizing their potential. They are disappointed, confused and demoralized—as are their employers, friends and families.

Adults who are gifted with a glitch experience an ever-increasing gap between their expected and actual performance; their problems with executive function eventually override their intellectual gifts and motivation. As the situation worsens, the resulting stress further damages productivity and creativity. Are you or someone you know experiencing such difficulties?

For those who are caught in such a downward cycle, it’s time consider whether attention difficulties and insufficient executive function skills contribute to their deteriorating performance.

Consider behaviors that have caused career problems and ask if issues with attention, planning, prioritizing, follow-through, or organization created barriers to work/life success.

If there are more yes than no answers, it may be time to increase awareness about ADD or ADHD. This can include reading about these conditions and contacting a physician, psychologist or other professional for screening. Once diagnosed and treated for ADD or ADHD, adults can better take advantage of their intellectual gifts while circumventing or dealing with their vulnerabilities. Being gifted with a glitch doesn’t have to keep anyone from enjoying greater productivity, achievement and job satisfaction.