To Err about the Divine is Human 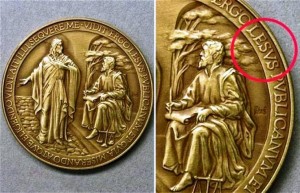 In 2013, popular hip hop musician Kanye West released a new album which he titled, “Yeezus.” He seemed to enjoy the ensuing media debate about whether the deliberately-chosen moniker was a religious reference, a twist on his nickname—or none of the above. The Vatican, however, had no intention of causing controversy when it recently commissioned 6000 bronze, silver and gold commemorative coins honoring Pope Francis. Imagine the embarrassment of officials there when the newly minted medals contained the name “Lesus” instead of “Jesus” imprinted in a Latin phrase on each one! 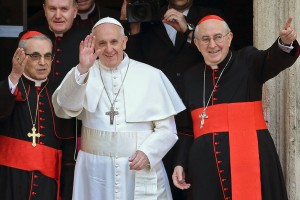 According to the The New York Times, neither the Church nor the Italian mint managed to flag the error during the design, mold-making, production or delivery stages; it wasn’t until the medals hit retail outlets that the misspelling was discovered. Vatican officials were forced to recall most of the coins, although the few lucky collectors who snagged one will undoubtedly find a silver (or gold or bronze) lining in this clouded situation. Could it be that even in a place as exalted as Vatican City, modern life has gotten too stressful for everyone? Pope Francis is, after all, the first Pope on both Twitter and Instagram. The British newspaper The Independent agrees that Demons of Distraction may dare to tread on holy ground when they quipped that the mistake must have occurred because, “It seems the devil is indeed in the details.”